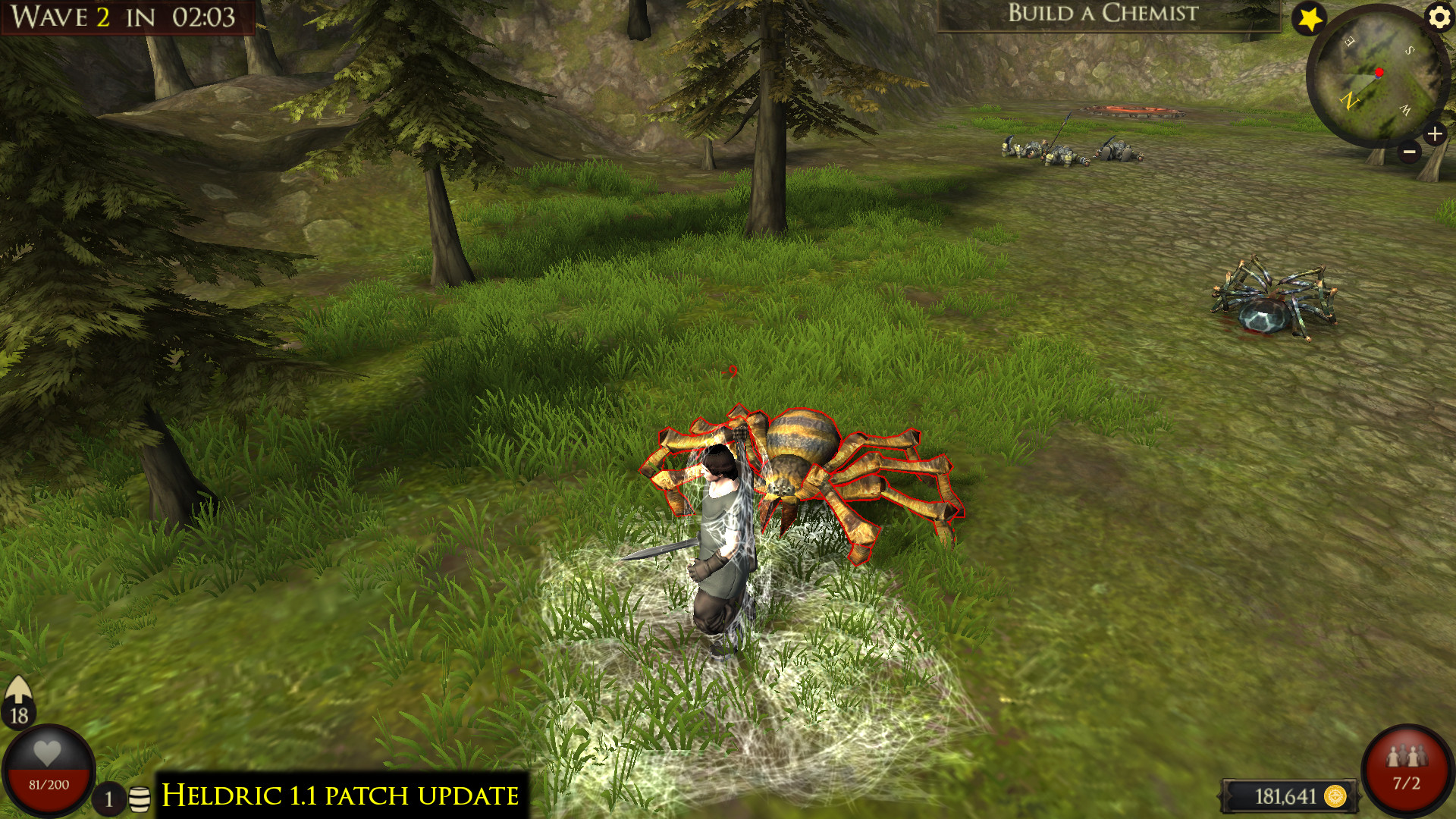 So you asked for it, more monsters and variety. The latest update to Heldric 1.1 has a new terror that crawled out of the ground, spiders!

These eight legged, icky crawlers are out to ruin your day with a few special tricks. First, are the slower big tank-like spiders with high hit points and damage.  But don’t think you’ll have an easy escape as they shoot out spider webs to trap their next meal.  Next are the more toxic brethren that spit poison from long distance. And then there are the skinny and fast ones. These foes will leap across the map pouncing on any prey in range.  All the while bypassing any strategic traps you might have placed in its way.

Heldric also got rid of the cat holding his tongue by adding additional voices such as taking damage, death screams and several others. And have you ever built an obelisk and wondered what kind of range it had? Now you can see all the structures with their area of effect just by hovering your cursor over them in build mode. 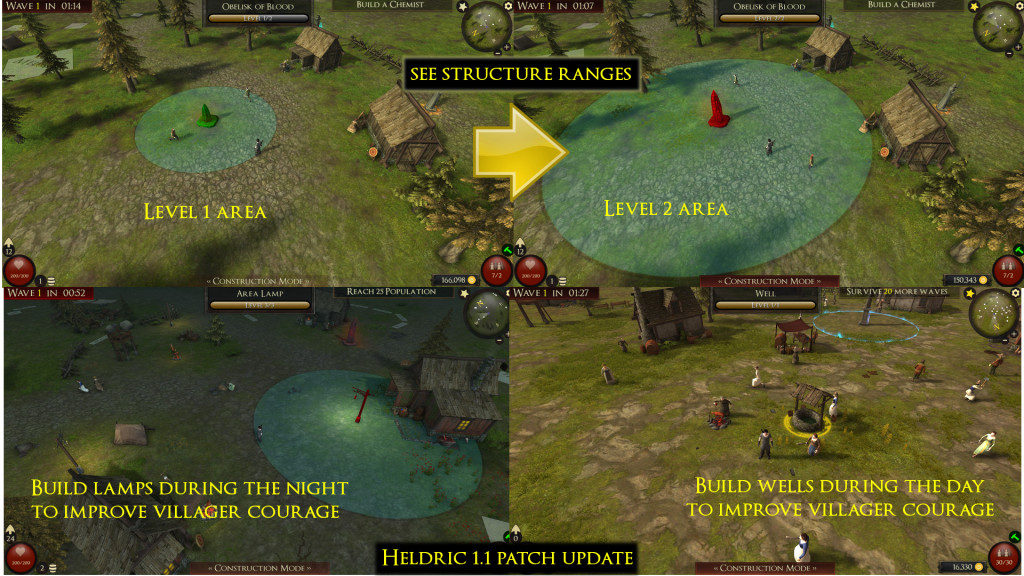 You now have a reason to build lamps and wells. During the day, wells will add additional courage to all villagers around it. But at night, you’ll need to build area lamps or campfires to help keep courage up. Villagers now have 20% less courage on night maps, so build those light sources.

Finally, the minimap radar also got some improvements by new sort order for target. Enemies now appear on top of any villagers. Villagers icons are now smaller and less distracting.