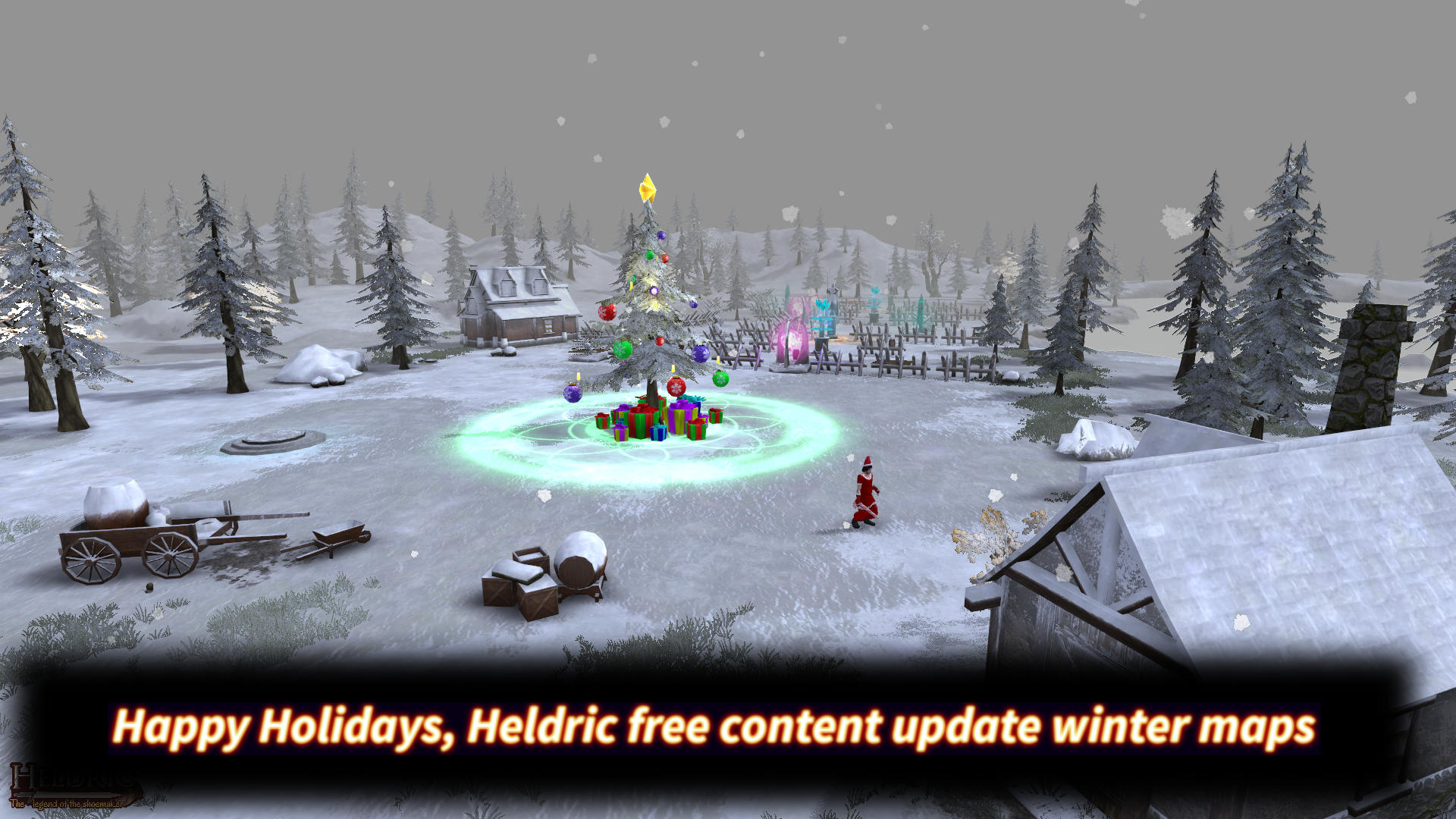 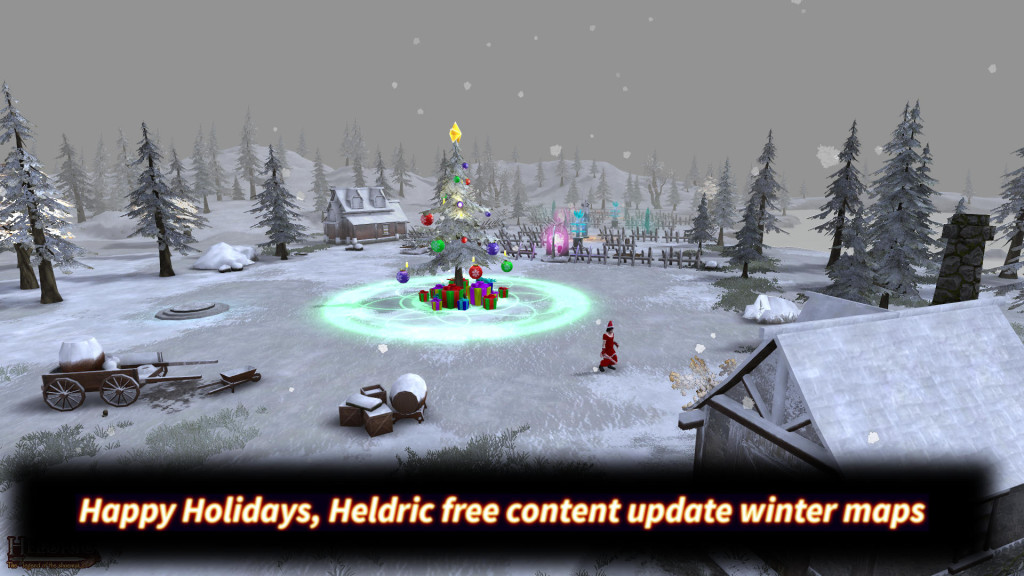 As a thank you to all my fans I present you the forth major update to Heldric as my gift to you. Inside the nicely wrapped patch you will find many new toys and treasures. 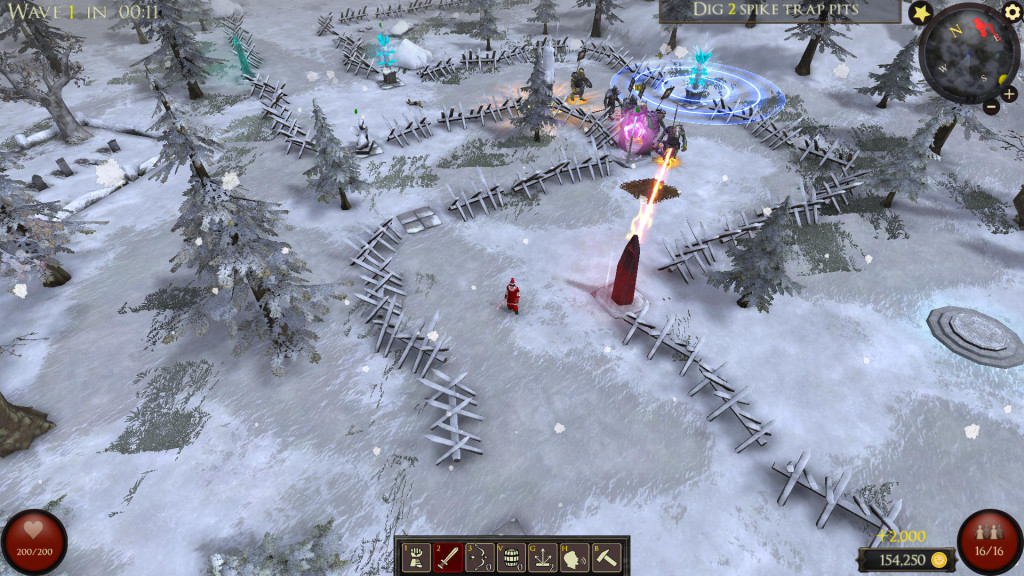 What is a winter holiday update without snow? And lots of it. Including all the festive decorations that come with the season. Decorated trees, gift wrapped pick-ups, Santa costume and even a candy-cane sword for Heldric. All existing maps can also be played in normal or Santa mode.

The children were nestled all snug in their beds…

Well, maybe not so much in their beds any more. This update brings more depth to the game by having a chance of spawning a child instead of adult. Children cannot fight, but can run fast and will grow into an adult in 60 seconds. The harder the skill mode the greater the chance of a child to spawn instead of an adult. Keep this in mind as losing villagers can hurt even more now. 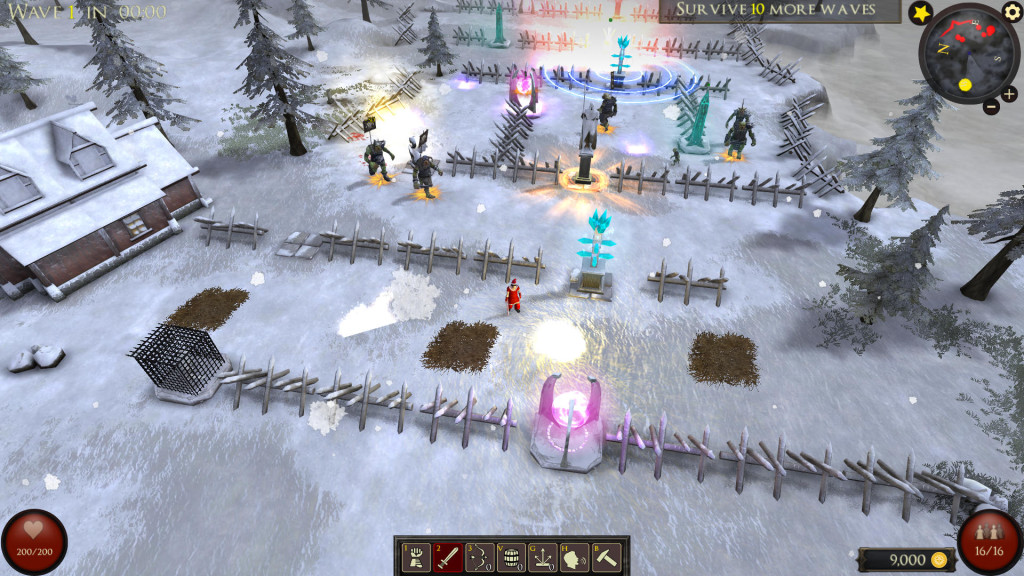 Be good for goodness sake…

You’ve asked for more maps and now they are here. Two new bonus holiday maps include a new game mode where you must protect the Christmas tree and gifts from the grinches out to spoil the holiday. It will take a combined effort of towers and traps to save the day. Don’t forget to ensure your maze is designed to keep them trapped as long as possible.

As they shouted out with glee…

Tower defense fans rejoice. You now have two new towers to unleash on the enemy. A new static spire tower deals electrical damage to all foes in range with a small cool-down. Good for groups and deadly when combined with a slow shrine. But if you really want to stop the enemy in their tracks, then the new void hold tower is what you need. This tower can suck up three to five enemies and hold them for ten seconds allowing other towers to recharge. Once released, they lose 50-75% of their health.

When out on the lawn there arose such a clatter…

This update brings three new music tracks to help set the festive mood. These tracks will automatically play on winter maps or when in winter holiday mode. Many new sound effects have also been added to make for a very rich environment. 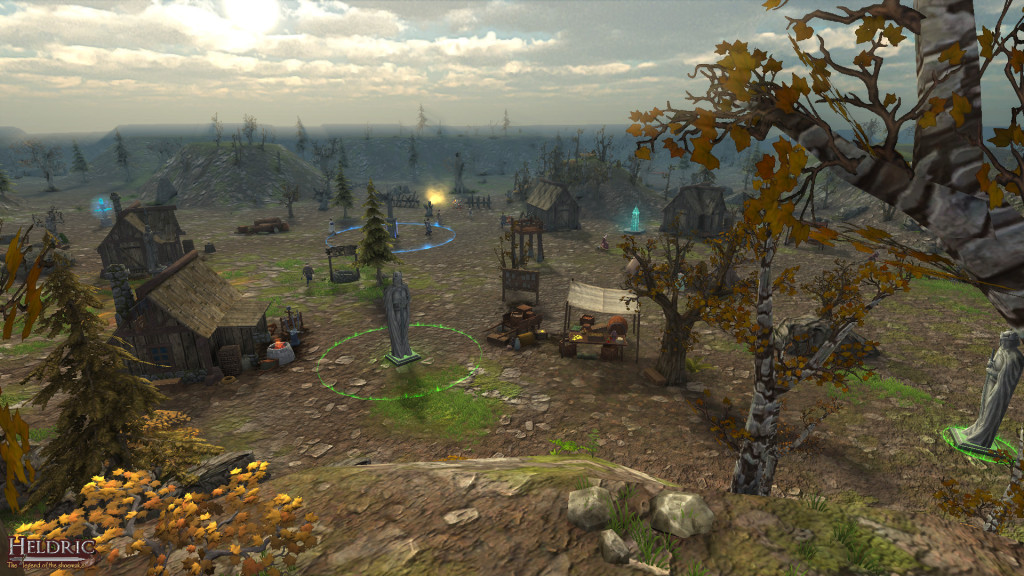 When what to my wondering eyes did appear…

Your eyes won’t be disappointed with improved textures and terrain quality. On by default in the options, the new HD terrain adds extra detail and depth. Most other objects in the game also received a facelift with better textures and appearance.

He spoke not a word, but went straight to his work…

In addition to all the other content, the game’s user interface and HUD have also been improved. A new skill bar consolidates actions and weapon selection while providing arrow, keg and spike trap counts. You will also find commonly used functions like build and call for help there for quick use. As before, both the primary and secondary keys may be remapped in the options.

See the change log for a complete list of improvements and changes. I’d like to thank all my fans again and wish you a happy holiday and wonderful new year.