Did you hear that? 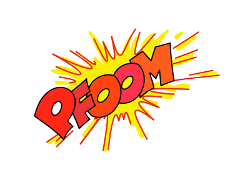 Is that a monster in your ear?

It’s been just over a week and no new updates. But fear not, as many things have been added or improved. To start, a complete sound system with voice feedback has been added. Things like attack, die, inventory full, cannot use item, and more have been added.  Menu theme music and a few selected tracks are randomized for in-game background music in addition to the ambient environment sounds.

Next I’ve reworked the health system. This new improved system was done so it could be used on different objects. Anything from players to mobs to destructible objects.  This then tied in closely with the next item on the list… combat.

The current state of the new combat system allows for attack, damage, killing and gaining experience from mobs. Mobs make an alert sound effect when a player enters their range.  Each type of sound effect has multiple effects so things do not get repetitive.  The combat system supports different types of damage to be dealt (fire/ice/physical/poison/etc.) and different types of attacks. (fast/slow/double hit)

I’ve also improved the UI with more expected functionality. Such as being able to hit escape to close a window or to open the “pause game” menu.

There have been improvements to the camera system and run/walk cycles for smoother transitions. Finally a new level up button with particle effects as been added to notify players of attribute points that can be spent. Not counting all the bug fixes either. So while all these changes have been made, most can’t be seen in a screenshot.  But I can tell you the game start to come alive once sounds and music have been added.  It’s amazing how much a trivial seeming sound placed at the right moment can change the entire feeling.   So no images this time, but I plan to make up for it with some videos in the future.

No comments yet Categories: Project Cobra
← Quest journal and experience bar
From hell’s heart I stab at thee →