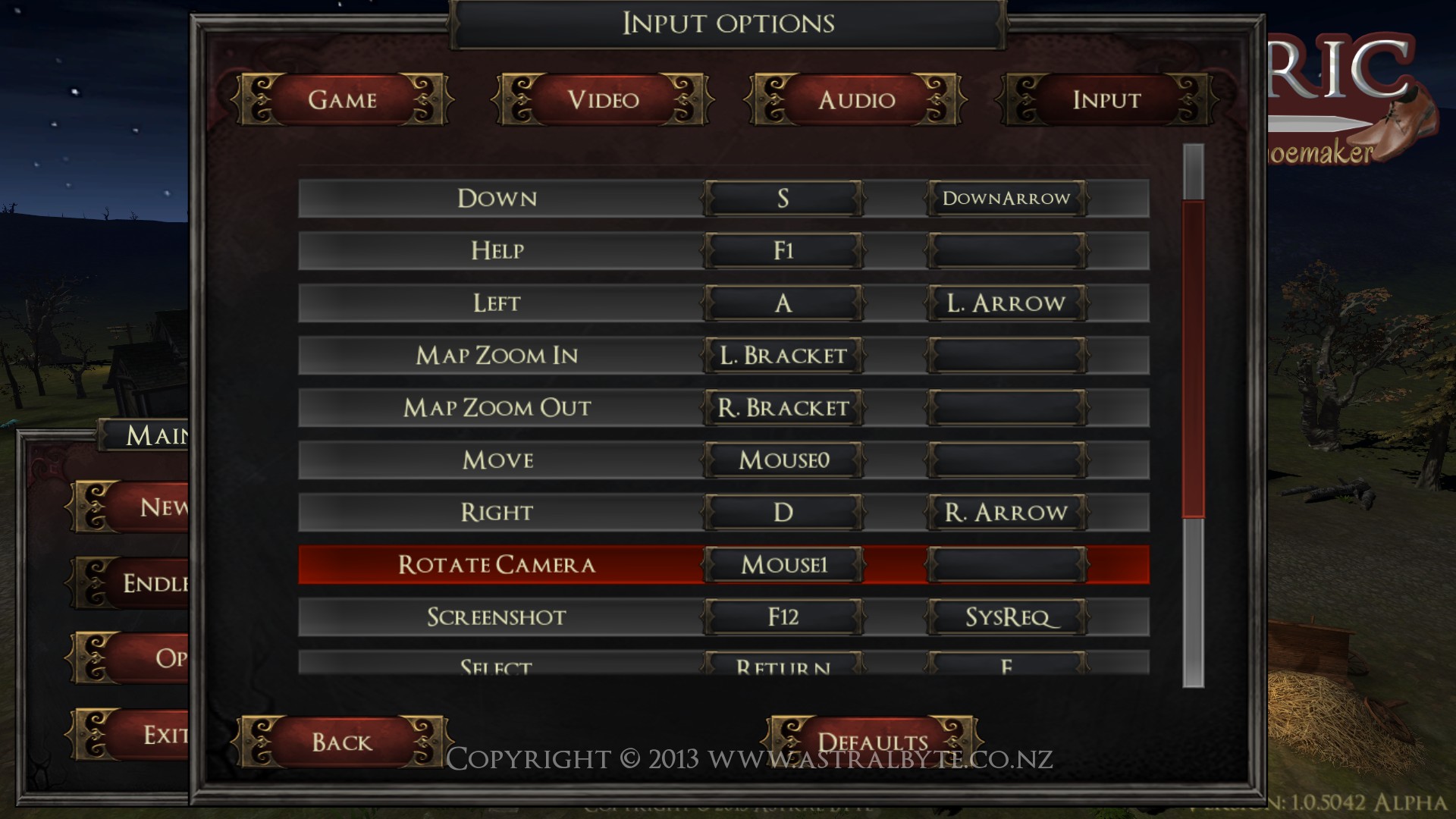 Who wants more than orcs? 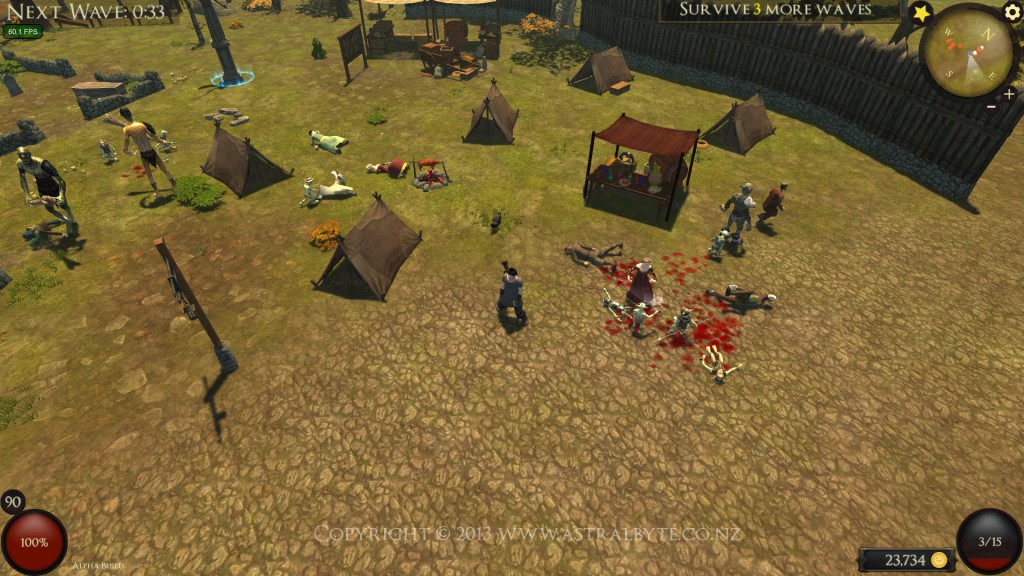 This week Heldric saw the addition of Goblins and Trolls. Goblins are small fast but don’t have much health. They make up for this in larger numbers. Trolls on the other hand, are slow and few but deal lots more damage and have huge amounts of health. 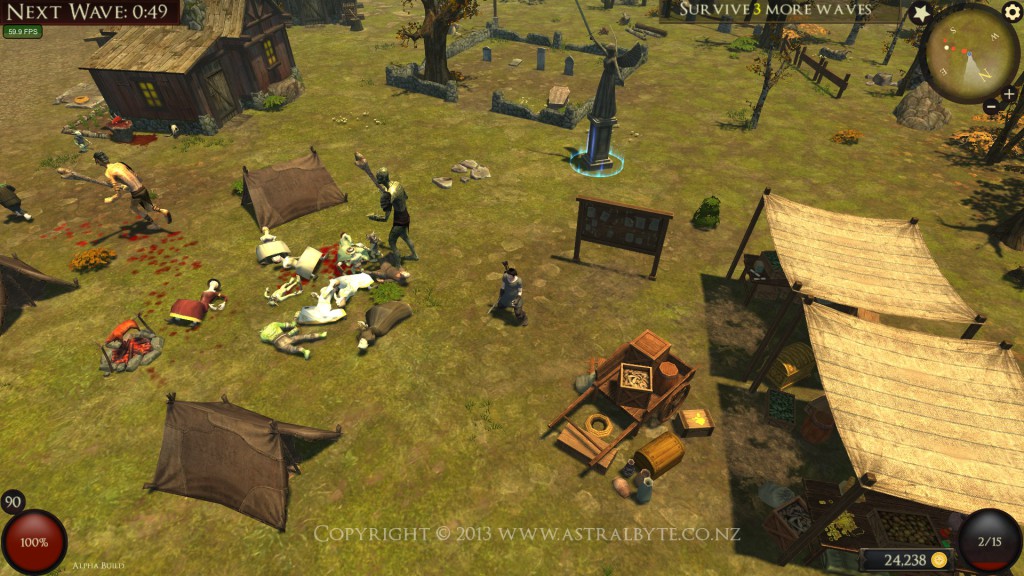 The spawning system also saw improvements with a new weight based system. For example, a goblin is 1 point, an orc is 3 points and a troll is 5 points. Waves have a point value assigned to them and can randomly spawn mobs based on their weight. Mob spawns are randomized inside the waves based on this weight. You might get a lot of small goblins or you might get a few trolls. 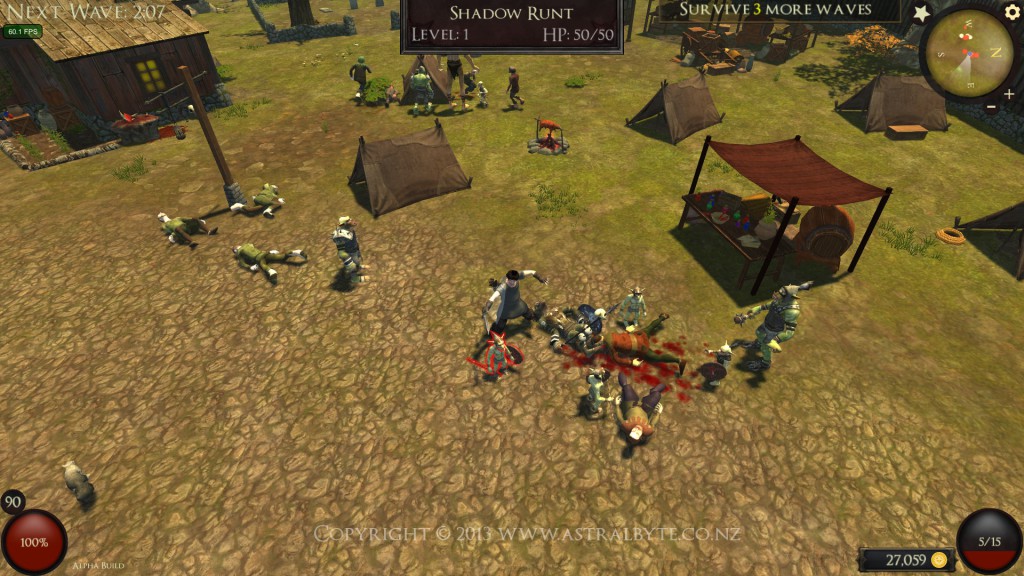 In addition to weights, each mob has an unlock wave number before they appear. This means at the start of the game you will see more and more goblins. Then as the waves continue orcs will start to appear more and more often. Finally trolls start to appear and your village better be ready.

Ten new structures were added this week. A market place that increases the coin income rate. Add some medicine with a herbalist and chemist that increase health regeneration rate. If your tired of losing, build a rebirth shrine that allows the player to resurrect when killed. A cemetery that allows villagers to get on with their lives, increasing re-spawn rate. Two new houses were also added. Walls got another option with palisades and there were some additional decorations added like water well. Most of these have upgrade levels that not only change bonus levels but appearance of the structure. 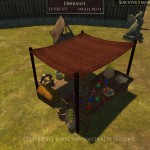 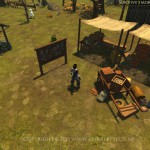 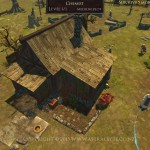 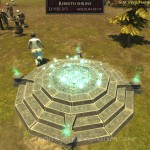 When games don’t give any good options

We have all been there, picked up a new game and load it up for the first time. After a few minutes you soon realize that the developer had some crazy idea that instead of using standard movement keys like WASD, they picked IJKL. So you dig into the options menus only to find there is no way to remap the controls. And then there is the current trend of lazy companies who make bad console ports and map ten different actions to the same button. PC users have keyboards full of buttons and shouldn’t force controller limitations on players.

During the last week we implemented a new input system that allows for rebinding of keys to almost any action. You can use left mouse to open the build menu. Or maybe you have extra buttons on your mouse and want to map them to actions. Button maps are also used inside game UI like build and upgrade windows. You can navigate the build window with the default WASD and confirm via E or remap these actions to your preference.

Not everyone has the same hardware so developers shouldn’t use the “one setting fits all.” New in the options menu is detailed control over graphic options from shadows to LOD distance and particle count. Having these options allows you to fine tune the game to match your hardware. 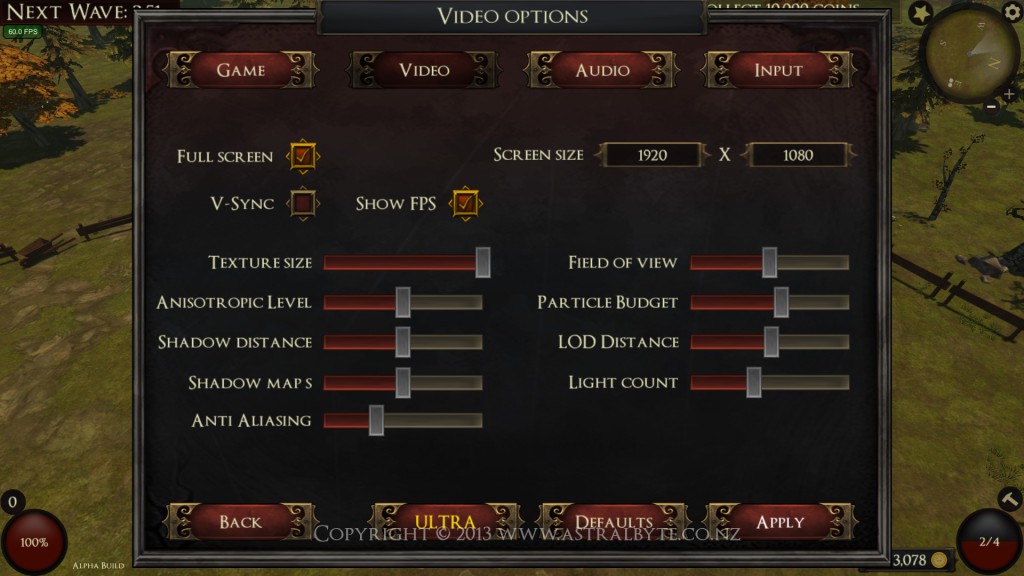 Is the Heads-Up-Display too large or too small, set the scale in game options.  At the end of the day it’s a personal computer and your unique choice how you want to play.

Oh yeah, and all these settings can be changed in-game without having to use the main menu or restart the game.

We love to get feedback from our fans, please be sure and stop by our forums and leave us your thoughts.

No comments yet Categories: Heldric
← If you like toasted orcs
Steam Greenlight →